The new paintings and drawings in Meg Aubrey’s “Domiciled,” at Whitespace through October 13, reflect an increasingly familiar social condition. Whether you talk about “liquid modernity” with sociologist Zygmunt Bauman, or “Noplaceness” as in the book of that title that ArtsATL co-founder Catherine Fox and I co-wrote with Cinqué Hicks, large parts of American life entail being “domiciled,” in the neutral legal term, in communities that could be anywhere, engaging in styles of life that are largely indistinguishable from one city to another, if only because the people who engage in them have often moved very recently from one city to another. 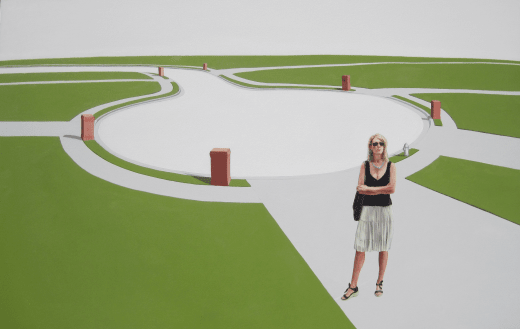 Gaining inspiration from her own surroundings, Aubrey focuses on the landscapes and figures in modern suburban neighborhoods and how they represent feelings of emptiness and loneliness within such a structured lifestyle. 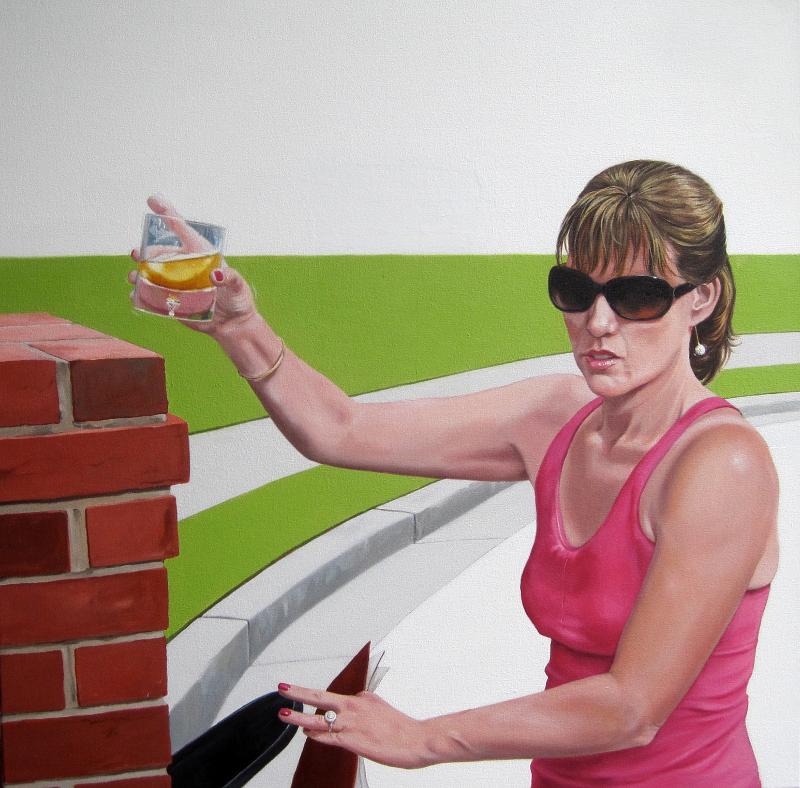