A woman with bloodied, dog-bitten lips stares at us expressionless against a stark, unpopulated background. Another, dressed in a tennis uniform with a bag over her shoulder, turns back bereft toward an anonymous opponent.

These are the subjects of Meg Aubrey’s “Domiciled,” in which suburbia’s inhabitants are pared down and scrutinized to reveal a disquieting psychological isolation. Aubrey’s middle-aged, upper-class women inhabit perfectly planned domestic realms, secure with all the trappings of the American dream: picket fences; manicured lawns; polished tree-lined streets; successful, handsome husbands and above-average children. Yet this idyllic lifestyle, which would seem to engender a tight-knit community of comfort and support, produces considerable psychological and emotional isolation. Homes become transitory stops in itinerant lifestyles, rather than anchors of community and family support with a nostalgia reminiscent of Norman Rockwell. Neighbors are mere acquaintances, rarely pausing to say hello over vast lawns and high fences; residents feel trapped by vast, repetitive expanses of nearly identical properties.

In “Domiciled,” Aubrey illuminates the effect of this psychological estrangement on the wives and mothers of suburbia. Her work shows the disparity between their internal and external lives. In response to their internal angst, the women put up a façade of happiness and contentedness. By wearing the right clothes, driving the right car and living in the right subdivision, can a person achieve a perfect life? All communities have specific boundaries and restrictions, but few are as stifling as those of suburbia, where conformity is king. Aubrey subverts the American dream, revealing to us the individual’s reaction to and resulting behavior in this new, barren realm.

Meg Aubrey is based in Atlanta, Georgia, where she is professor of Foundations Studies at Savannah College of Art and Design. Most recently, Aubrey exhibited her work in “After the Suburbs” at the Kiang Gallery and “The December Show” at whitespace gallery.  She had a solo show, “Home Sweet Home,” at Milliken Art Gallery in Spartanburg, South Carolina. In 2011, Aubrey was also a finalist for the Forward Arts Foundation Emerging Artist Award. Aubrey holds an MFA in Painting from Savannah College of Art and Design and a BFA in Illustration from Rhode Island School of Design.

“Domiciled” new paintings and installation by Meg Aubrey opens at whitespace on Friday, September 7th from 7 – 10 pm and runs through October 13, 2012. 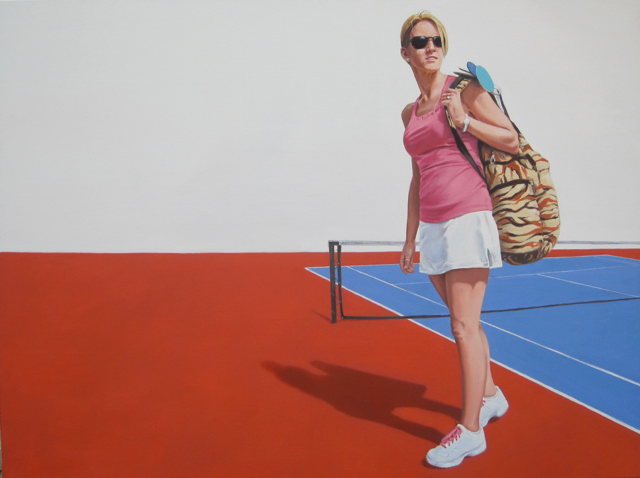 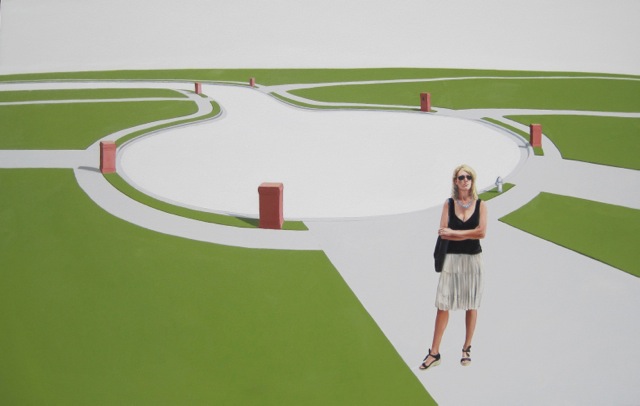