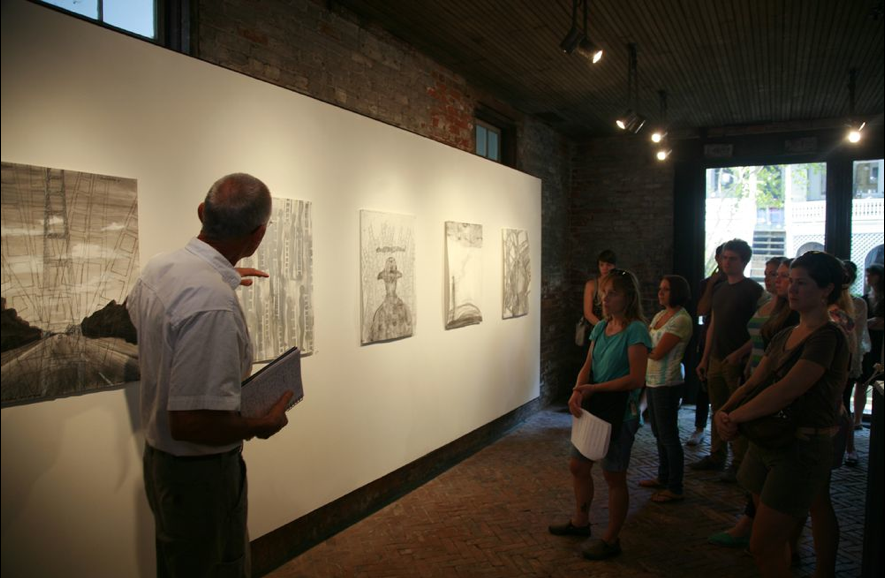 On Saturday, September 1, Charlie Brouwer gave an artist talk on the closing day of his exhibition, “Now I Lay Me…” at whitespace. Concurrently, “Selections from the New England Primer,” an interactive sound installation by Matt Gilbert in collaboration with Ryan Peoples, opened in whitespec which runs through September 29, 2012. This was not merely coincidence. “Selections from the New England Primer” was inspired by Charlie Brouwer’s exhibition, “Now I Lay Me…” based on Brouwer’s exploration of past and childhood memories. The sound installation investigates American approaches to childhood education as evidenced in The New England Primer, America’s first school textbook and the source of the prayer to which Brouwer’s show owes its title. The homemade sound controllers, some made from salvaged electronics, convert the content of the Primer (lessons based on rote memorization, strict discipline, and Puritan values) into material for free self-directed play and investigation. 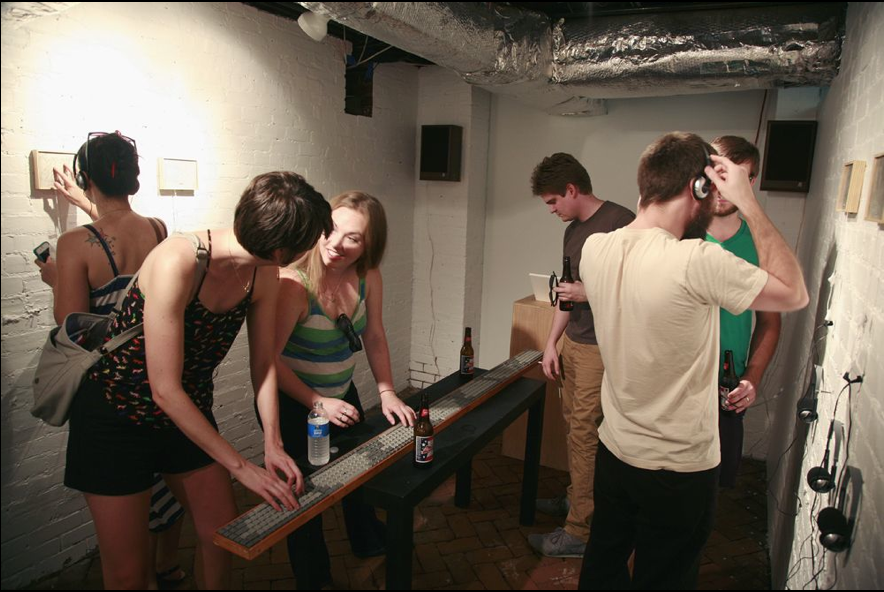 During his artist conversation, Charlie Brouwer discussed the imagery of the ladder that has permeated his work for decades. “Now I Lay Me,” the 14-foot tall installation, composed of thirty orchard ladders donated to the artist, which cradles a life-size human figure made from small pieces of wood, was a reference point for the thirty wash and grease pencil drawings the artist created for the exhibition and for the stories which he shared with the crowd for his artist talk. 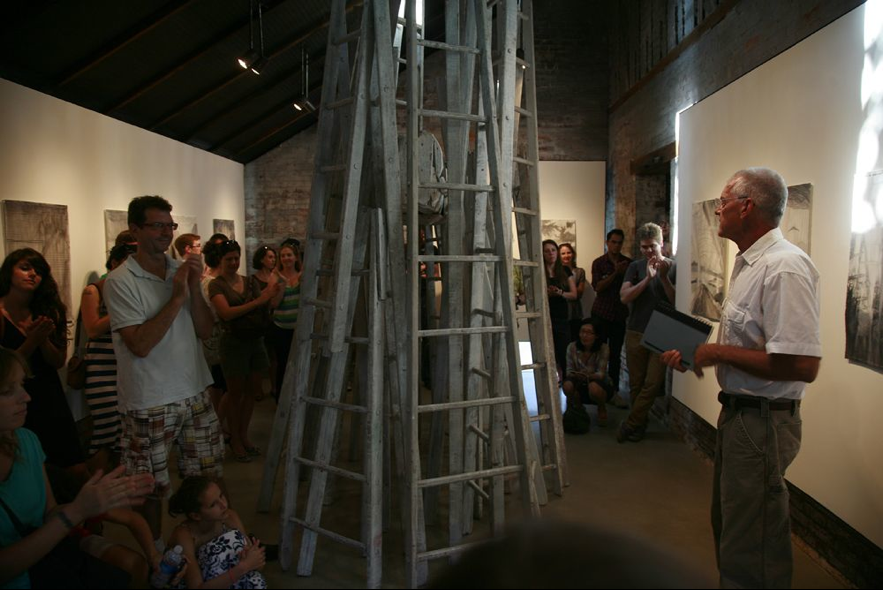 Charlie Brouwer told stories about his work that encompassed themes of living and dying, past and present, beginning and end, motion and stillness, the light versus darkness and memories of youth and growing old. A common motif throughout the talk was the idea of transcendence and reaching for another level of being and understanding, with ladders representing a support system; lifting a person up. However Brouwer explains that in his experience, the closer you get to God, the more you do not know. He believes that we all dwell in between heaven and earth, which makes us uneasy, self-aware creatures. He translated this idea in some of his drawings where he intentionally created a “murky” feel. 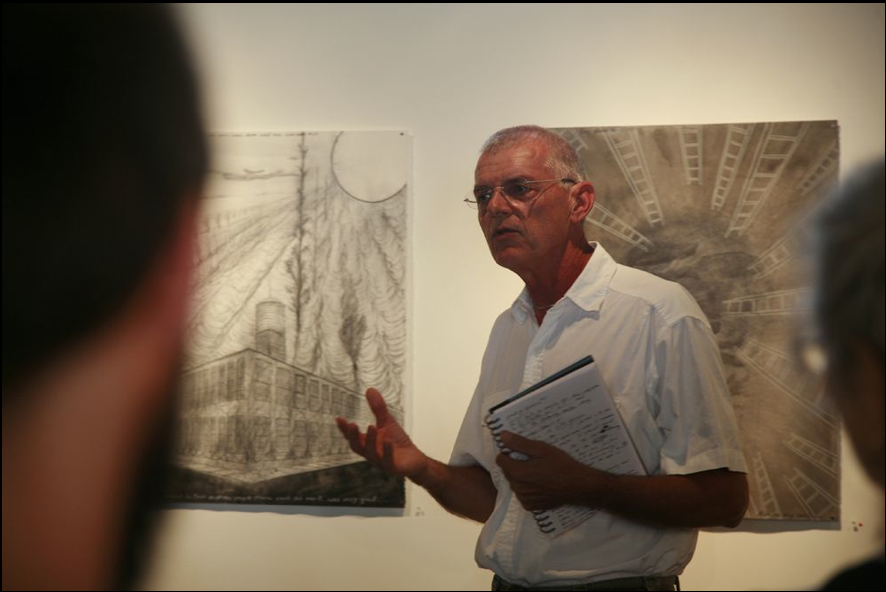 The piano was also a common element throughout the exhibition representing music and the passage of time, which was best executed in Brouwer’s over-sized piano installation, “Wouldn’t It Be Grand?” And for the grand finale of the show and the artist talk, Charlie discussed how he was inspired by Bob Dylan’s recording of “Lone Pilgrim,” an old church hymn and quoted the song:

The tempest may howl and the loud thunder roar
And gathering storms may arise
But calm is my feeling, at rest is my soul
The tears are all wiped from my eyes

Go tell my companion and children most dear
To weep not for me, now I’m gone
The same hand that led me through seas most severe
Has kindly assisted me home