This is a heartfelt article on AJC on the effects of the recent flood on local artists, particularly Katherine McClure. 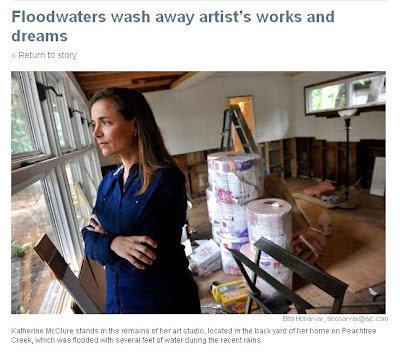 Sometimes the best way to make it through a hard patch is to grit your teeth and fake a smile. That’s what Katherine McClure tries to do and, most days, she succeeds. Like many who live along Peachtree Creek in Buckhead, McClure, 39, watched as a flood gorged her home last month… 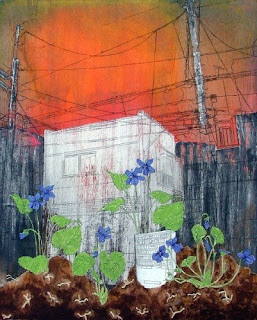 “Scott Silvey’s ambitious sculptural installations will be remembered by those who attended various alternative-space shows prior to his decamping for parts ever further afield.

His new and quite different paintings of flowers and architecture, transported to Atlanta at immense expense from his current home base of Tokyo, reflect his sensitive effort to transmit the spiritual currents of a culture via visual metaphors. But first and foremost, they are uncommonly fine paintings…” 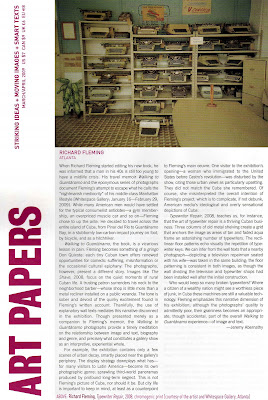 Richard Fleming’s Walking to Guantanamo is reviewed in the March/April issue of Art Papers by Jeremy Abernathy. 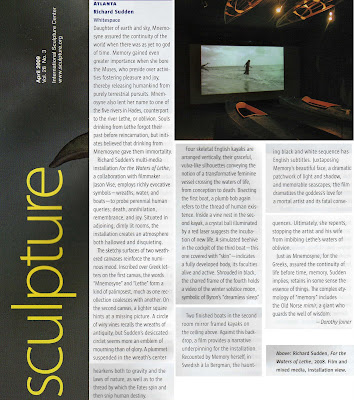 Richard Sudden’s exhibit “For The Water’s of Lethe” is reviewed in the April 2009 issue of Sculpture Magazine by Dorothy Joiner.

Last night was the launch of our new three-week Underground film series, At Loose Ends. We appreciate Creative Loafing for blogging about the event on Culture Surfing!

Inman Park’s Whitespace Gallery has earned a reputation for its architectural charm and its stable of idiosyncratic photographers, sculptors and painters. In lieu of a new exhibition, the venue launches a three-week series of underground film screenings, collectively titled At Loose Ends, curated by Brad Lapin. The festivities begin tonight at 9 p.m. with Mary Jordon’s Jack Smith and the Destruction of Atlantis, followed by a discussion of the film.

This is just the beginning- we have two more nights (April 3 and April 10 @ 9pm) so don’t miss out! Look below on the specifics, and we can’t wait to see the films in the way it was meant to be viewed- on a large screen and with a good crowd.