Marymay Impastato discusses the inspiration for her moving carol: An Imagined Decembrist Carol 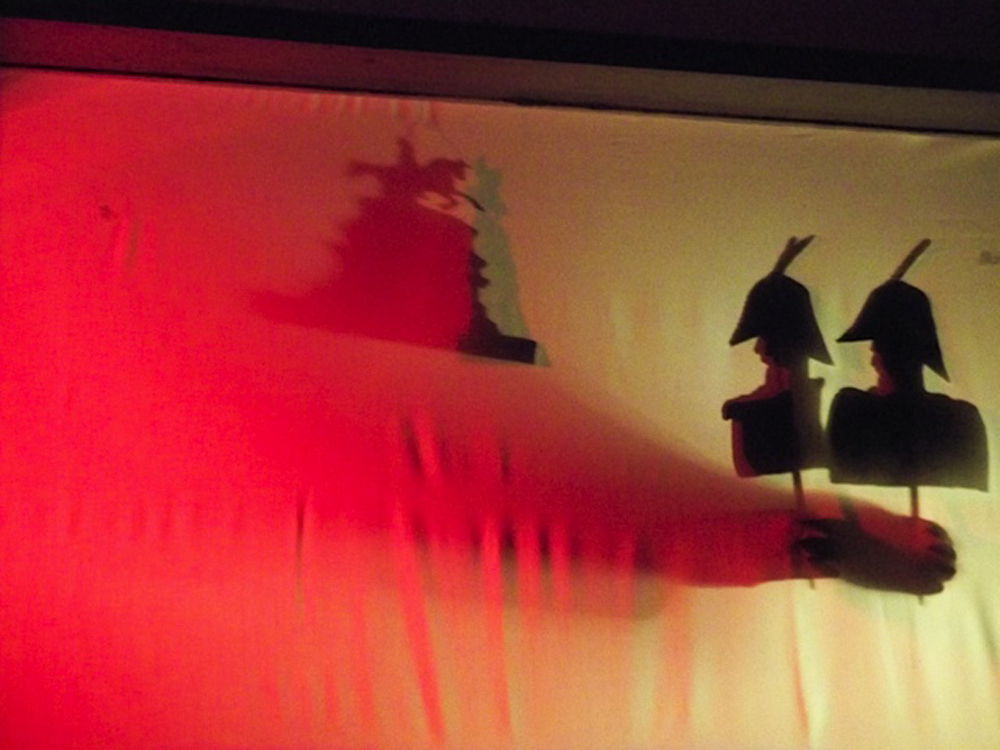 A window vignette from “An Imagined Decembrist Carol” at whitespace

With Aqua Art Miami and our December Show, December has been an exciting month full of festivity here at whitespace!  We’d first like to thank everyone who came out for A Moveable Feast, the opening reception for the December Show and holiday party on the first of the month.  We hope everyone enjoyed  Marymay Impastato’s magical performance of puppetry and shadow in An Imagined Decembrist Carol, which was featured throughout the grounds and windows of the main house.  We asked Marymay to tell us more about the inspiration, creation and performance of her dramatic and innovative moving carol:

“In early October, Alex (Alex Christopher Williams) presented the “Decembrist” theme for the December exhibition at whitespace’s whitespec.  This Decembrist world, circa the last month of 1825, became the springboard for much research and then the setting for “An Imagined Decembrist’s Carol” which took place around the mainhouse at whitespace.

A former Russian revolutionary, a member of The Decembrist Uprising of 1825, is visited much like Dickens’ “Scrooge” by the spirits of past, present, and future. Through the windows, he views romanticized, and not so romantic, scenes from his life.

A shadow puppet show illustrated the events of the revolt, a ghost found its way back to a long abandoned bed, a violinist played Bartok, a lady weighed with an antique scale, objects were part of a seasonal narrative in miniature theater, a saxophonist played Yuri Shaporiin’s waltz, and two Russian sisters acted out Alexander Pushkin’s rousing poem, “To Chaadaev”.

It was amazing to inhabit the house in period costume for the duration of the show. Within its windows, peering out, we really felt like ghosts..the costumes seemed to have appeared from the walls of the house itself and found their way onto our bodies! For a good while, we were truly in another space and time.

We want to thank everyone who came out to take the tour!!!”