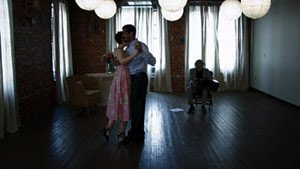 ROBIN BERNAT is an experimental filmmaker and poet whose work explores beauty, feeling and their provisional qualities. Images tinged with nostalgia collectively create evocative narratives with both personal and universal meaning. Bernat has exhibited her work nationally at the Kemper Museum of Art, The Cheekwood Museum, MOCA-GA, and the Whitney Museum of American Art’s Biennial in 2000. With degrees in political philosophy and printmaking, she was a visiting artist at the American Academy in Rome (2001). She has served on the Boards of Directors of both the High Museum’s 20th Century Art Society and Art Papers magazine, for which she has written critical reviews. For over ten years, Robin has taught private art classes in painting, drawing, sculpture and new media. A regular instructor in IMAGE Film and Video’s MEDIA program, she has introduced the techniques and language of film production to under-served Atlanta teens.

BLAKE WILLIAMS is a video producer with ten years of experience creating films that tell unique stories about artists, organizations, and businesses.  She is currently the president of PROPERMEDIUM, a full service video production company that helps businesses and individuals connect with their audience using online films.  With a degree from Boston’s Berklee College of Music, Williams was artist-in-residence at Atlanta College of Art from 2002 to 2005.  She has also served as a music tech at Music Playground, a company that markets, licenses, and supervises music for film, television, and other media.

One thought on “WISHES ~ Lost Love and an Illusive Reunion”