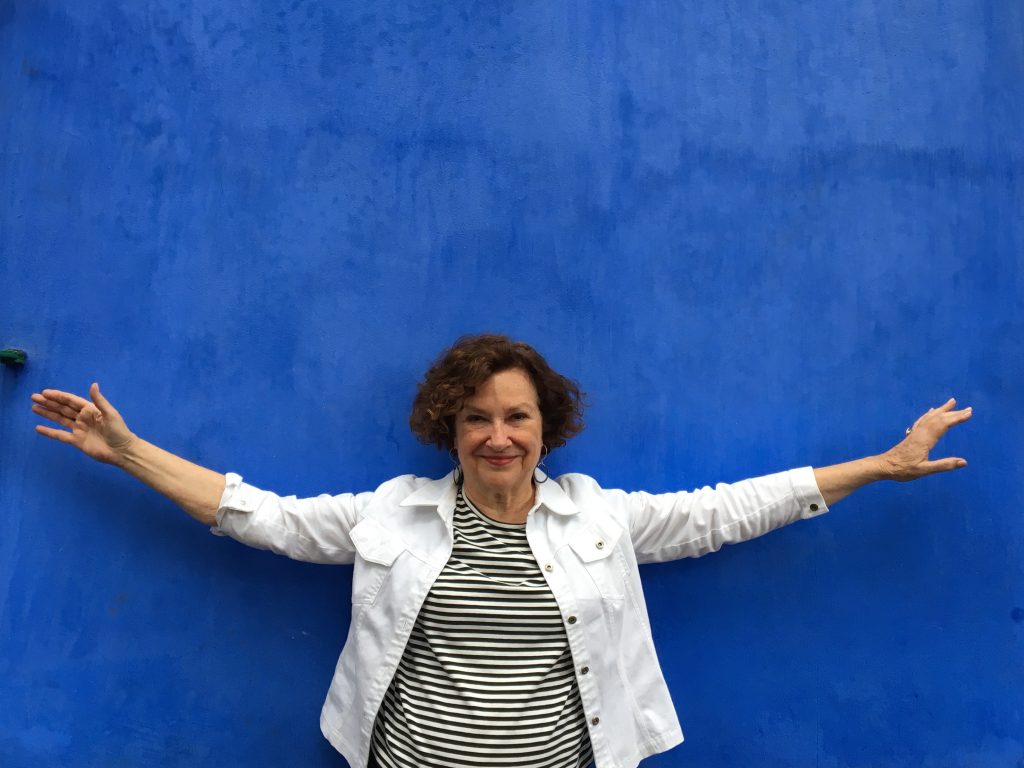 Since Wednesday, March 8 was International Women’s Day, I couldn’t think of a better topic for the whitespace Top 10 list than my 10 favorite female artists (+ a bonus artist…I couldn’t resist. What can I say? Females are strong as hell.)

These women have pushed the boundaries of art making; they have made me think, brought me to tears, made me uncomfortable in my own skin, awed me with their intelligence and beauty, inspired me, and given me moments of serenity, I hope they are some of your favorites as well.

I also want to mention that I have two amazing daughters who make me proud everyday; Caroline, my political activist who keeps me in line with a capsule of daily actions to take to make the world a better place and Susannah who started her own non-profit, SOUL, to help re-forest New Orleans.   All of you are Phenomenal Women and if you don’t believe it, just listen:

Louise Bourgeois was a conceptual sculptor, installation artist, painter and printmaker. Her art is anything but pretty; it’s disturbing, very sexual and deeply interesting. Bourgeois was very close to her mother; her giant spiders are an homage to her mother. Bourgeois said, “My mother was my best friend. Like a spider, my mother was a weaver. My family was in the business of tapestry restoration, and my mother was in charge of the workshop. Like spiders, my mother was very clever. Spiders are friendly presences that eat mosquitoes. We know that mosquitoes spread diseases and are therefore unwanted. So, spiders are helpful and protective, just like my mother.” Once I understood the concept behind Bourgeois’ iconic spiders, I had the privilege of standing underneath one. It was there I became fully aware of the inherent feeling of protection the giant sculpture revealed to me. I got it! Seeing one of those monsters at a distance tells you nothing, walk underneath one and it’s a different story – it is amazing. Another reason Louise Bourgeois is my #1, is because she was an important initiate in the feminist art movement that has flourished and continues to influence feminist-inspired work and installation art today.

I love Agnes Martin’s white paintings, particularly the ones at Dia Beacon.   I love them because I believe they reflect the light and the ethereal presence in New Mexico. The white paintings contain no recognizable form, just an abstract field, I like to think that maybe this obsessive work was a method to calm Martin’s mind, a way for her to make order out of chaos. As someone with an active mind and very active life, the serenity I find in her paintings offers me a quiet moment to think about nothing, a moment of peace.

Sally Mann is a photographer who is fearless, one who is not afraid of controversy. I was first drawn to her dark, brooding landscapes. As a Southerner, I can feel those landscapes because those images are in my blood.   Then, there are the photographs of her children. As a mother, I get where she’s coming from with these works. I think I read somewhere that she said she had a feral childhood, so that explains a lot. I see Mann’s work as dealing with the brevity of life, the ephemeral images of childhood. Even the photographs from the body farm exude a dark beauty generated by the death and decay littering the surrounding landscape.

Tara Donovan is a sculptor and installation artist. Her massive constructions are made from commonplace materials; drinking straws, disposable cups, toothpicks and index cards. Her structures embrace a minimalism that could be representative of geological forms or cellular growth. Donovon says her process is completely organic in that she chooses the material first and then decides how it will unfold later as an installation. Each time I see one of Donovan’s installations, I leave in wonder…how can she make these beautiful sculptures from things I see and touch every day? I think she’s amazing.

Yayoi Kusama is a Japanese artist who moved to New York in 1957 and has been making art ever since. She is 87 years old and busier than ever. Although she is known for her colorful polka dot installations and infinity rooms, I love her beautiful white on white paintings, called Infinity Nets. They consist of layers and layers of acrylic paint. Even though the process is somewhat obsessive compulsive, the result is peaceful, elegant and serene. I like the push/pull of meditation through obsessive creation, serenity through repetition.

Carrie Mae Weems works with text, textiles, sound, photographs and video installation; however, more important than her proficiency with her chosen media, she is a storyteller. Her work is conceptual and philosophical and deals with the serious issues of race, gender and class. In order to illustrate her stories, Weems often appears in her staged narratives. I saw her exhibition, The Louisiana Project, 2003, at the Newcomb College of Art Gallery, Tulane University. It was groundbreaking for me because of the depth and breadth of the project and the beautiful way she chose to deal with the serious and complicated matter of race in the plantation era South.

Julie Mehretu was born in Ethiopia and now lives and works in New York. Her paintings are very large scale – huge! She works the canvases with layers and layers of paint; then, she begins mark-making with pen, graphite, ink and more drips of paint. The compositions feel very architectural and geographical, and if you stand in front of one, they seem to break apart into tiny universes. Mehretu’s work is large and exciting and let it be said, I love BIG sexy paintings. 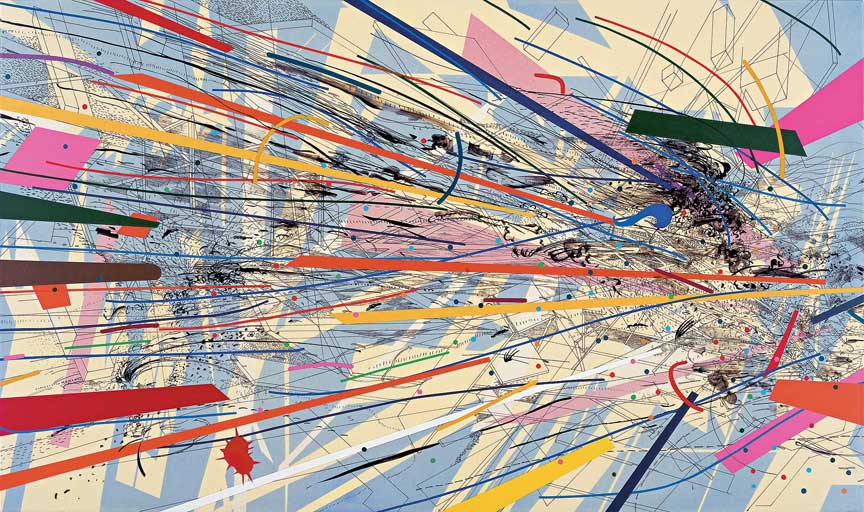 Petah Coyne is a sculptor, photographer and conceptual artist who is well known for her elaborate installations. Coyne’s sculptural forms may include many incredibly varied materials including: wax, ribbons, artificial flowers and birds, dead fish, mud, sticks, black sand, old car parts, birdcages and horsehair. Much of the work references memory, nature and psychological issues. Some of her environments, or habitats, in which single objects act and interact with each other, are entangled in space to compose imagined, fantastic worlds. I saw <em>Vermillion Fog</em> in NYC, 2008, one black sand encrusted sculpture tumbled from the ceiling like an gigantic, magnificent Victorian heart. It was a truly awesome experience.

Shrin Neshat is an Iranian filmmaker and photographer who lives in the USA and Iran. Having lived in both countries, her work centers on the contrasts between the East and the West. The first two-channel video I saw of Neshat’s was titled “Rapture”. In one video, placed on the left wall, Muslim women were dressed in solid black, and on the right wall Muslim men were dressed completely in white. Both images began moving towards one another in a crush of humanity. I was caught in the crosshairs. The feeling was turbulent and thrilling at the same time. Her photographs are equally compelling – a great combination of violence and beauty.

Her work is fluid, beautiful and elegant regardless of her chosen materials. I heard her speak to a sculpture class at SCAD and was so impressed with her intelligence and honesty regarding her art. She said she began working with automobile tires because it was an economically feasible choice for her as a recent art school graduate who was broke. One day she looked out of her apartment window and saw abandoned tires all over the street and decided those would be her medium. I also love that she wears her art. I remember she said, “Every morning when I wake up and look in my mirror I ask the question, ‘Chakaia, how will you adorn yourself today?’” I think she’s got that down to a fine art!

I am already breaking my rules by adding a bonus artist, but this list would not be complete without Magdalena Jetelova. Jetelova is a Czech/German installation and land artist who often deals with the subject of dislocation. One of her most stunning pieces, Domestication of a Pyramid, refers to the way Westerners take important pieces of history and drop them into a museum. This piece is a fragment of a pyramid that is constructed out of mounds and mounds of volcanic ash and looks as if it came directly from the Egyptian desert. In another work, the Iceland Project, the artist used lasers to visualize the local landscape in order to expose hidden artificial or natural structures. She documented these through very dark B/W photography. Translocation is the one and only Jetelova scupture I have ever seen in person. It was constructed in memory of a talented student and adjunct architecture professor at Carnegie Mellon University who tragically died in the TWA Flight 800 in 1996. The piece was stunning as it provided viewers with a visualization of the victim’s architecture studio and was built down into the ground to give one the sensation of falling into the piece. It contained light elements that reminded me of a James Turrell light room. I saw it on a freezing cold day in Pittsburg when it was covered in three to four feet of snow. My son, John, and I had a couple of museum catalogues that we used as shovels and uncovered this amazing piece of work. Sadly, it has since been vandalized and is currently covered by a plywood tent. 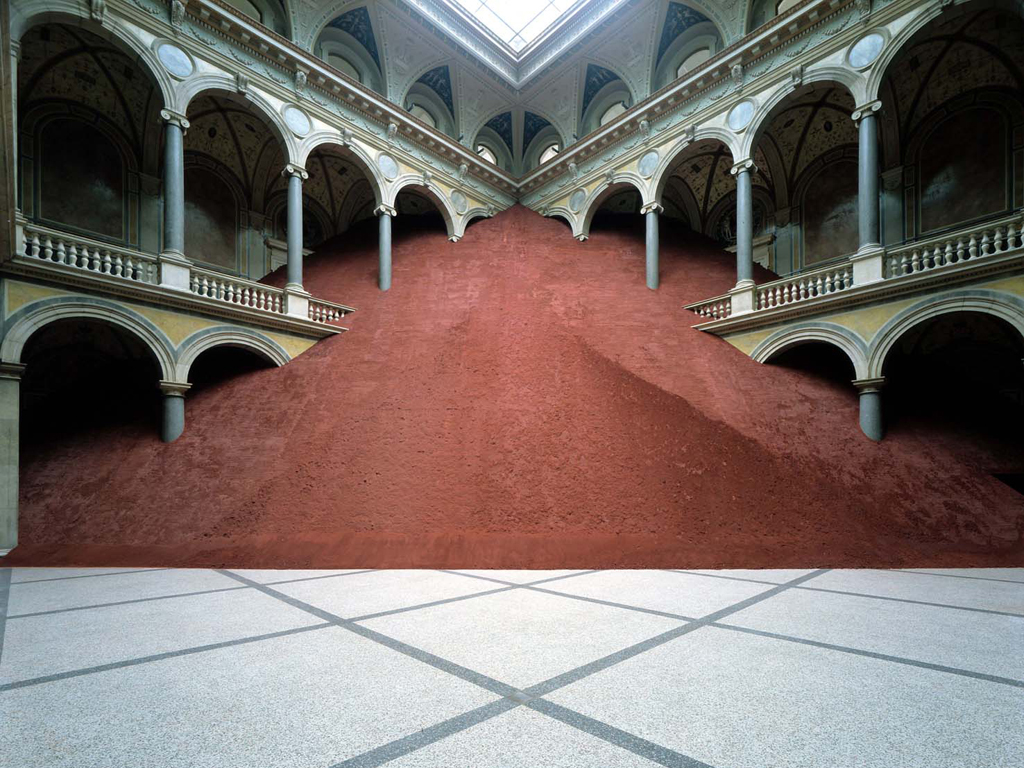