We are pleased to announce that whitespace artists, Seana Reilly and Marcia Vaitsman have been awarded a $2000 Idea Capital Travel Grant for their joint video installation project “Heisenberg Boulevard.”  Reilly and Vaitsman will be traveling out west to complete the project, a large-scale installation showing geographically and chemically active landscapes where evidence of chemo-physical exchanges is visible.  These unromanticized views of nature (volcanoes, tsunamis, earthquakes, geysers, tornadoes, planets, stars and moons) will be presented as sources of energy rather than threats.  Their preliminary research will lead the artists to the Mineral Geysers in Black Rock Desert, Nevada, calcium carbonate structures in Mono Lake, California, the Mammoth Hot Springs in Yellowstone, Wyoming, and a saline endorheic alkali lake in British Columbia.  By arresting the view from overly familiar and idealized landscapes, the artists aim to free viewers from a nostalgia that they believe is grounded in fear of the future.  This installation will provide images of a possible society where human beings exist in an expanded symbiotic state within nature.  Heisenberg Boulevard pays homage to complex relationships within the vast cosmos to the internal structures within a cell, passing through society and its collective expectations.  This project hopes to foster an interdisciplinary debate that includes the history of cinema, science, media, art and imagery of a desired future. 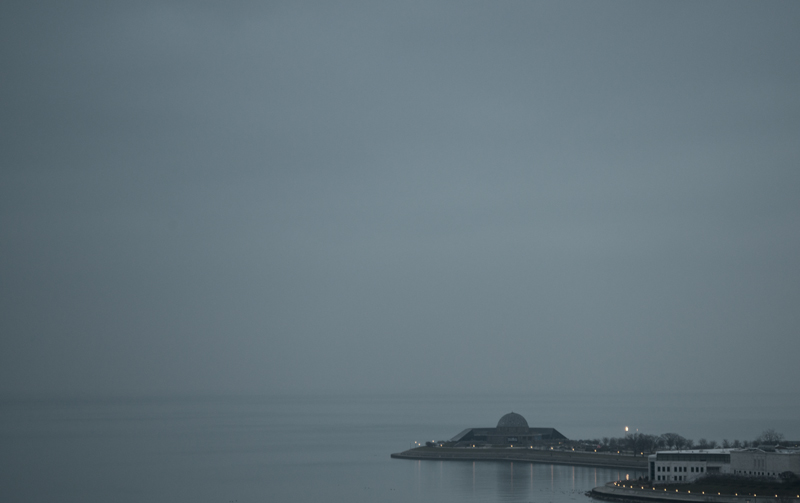 We interviewed the artists to find out more about their collaboration and inspiration for this important project, and please check the whitespace blog for future posts following Seana and Marcia on their travels!

How did you come to work together?
We have known each other for about three years now. We both have studios at The Contemporary, which is a great environment where artists meet and help each other. We’ve been working together for a while. This is the third project we’ve developed; the first two are smart and fun public art proposals. All of these projects are coming from the same place – the relationship between art, science, and society. Mostly how science and art are so important in the construction of how we perceive reality. Our private interests and professional research are very similar, but the output is so dissimilar, that’s why we thought it would be interesting to work together. In addition it’s challenging and risky and that’s what makes it awesome.

What was the genesis of this project?
The trigger for this project was the show curated by Jerry Cullum at whitespace, From Cosmology to Neurology and Back Again. That show combined in one place and at one time so much of what we talk about at our studios. One of the themes that Dr. Cullum decided not to address amidst the already rich complexity was spirituality, a topic of intense interest to both of us. When the show was over, our conversations expanded and began to include Seana’s interest in Buddhist philosophy and Marcia’s interest in animism, shamanism, and Hindu belief. A few exhibitions also sparked continued conversations, such as For I am the Black Jaguar at Carlos Museum and Ghosts in the Machine at the New Museum. All these ideas are source materials.

Heisenberg Boulevard grew directly out of these ongoing conversations. It also includes a distinct dash of hope for the future, in direct reaction to a nostalgia we have noticed in popular culture that we believe is based in fear and uncertainty.

What will it look like?
The work will mirror our thinking process which is non-linear, unhurried, contemplative, highly visual, and auditory. The final presentation will attend to slowness and the non-verbal, coming from a place of the unknown and unspeakable. It will show appreciation for types of power outside of ourselves, in nature for instance – types of power that may be seen as violent, which can be frightening but also approached as an object of contemplation and admiration.

It will be an audiovisual installation using materials we are still researching – new stuff. We are both working with media we have not worked with before, learning from each other, assuming new roles. We hope to be able to face new problems with unpredictable solutions. Of course, such an intensive learning environment can only enhance the works that each of us produce in our own studio practice. We hope to be able to present the project in public space, either indoors or outdoors. There is no set deadline to this project – we’ll work until it meets our expectations, or exceeds… [laughs]

Where does the name of the project come from?
Heisenberg was a physicist who worked with principles of uncertainty. This would already make a great name, but in Jean-Luc Godards’ vision of the future in the film Alphaville he references an address called Heisenberg Boulevard. And that’s where we want to meet you in the future…