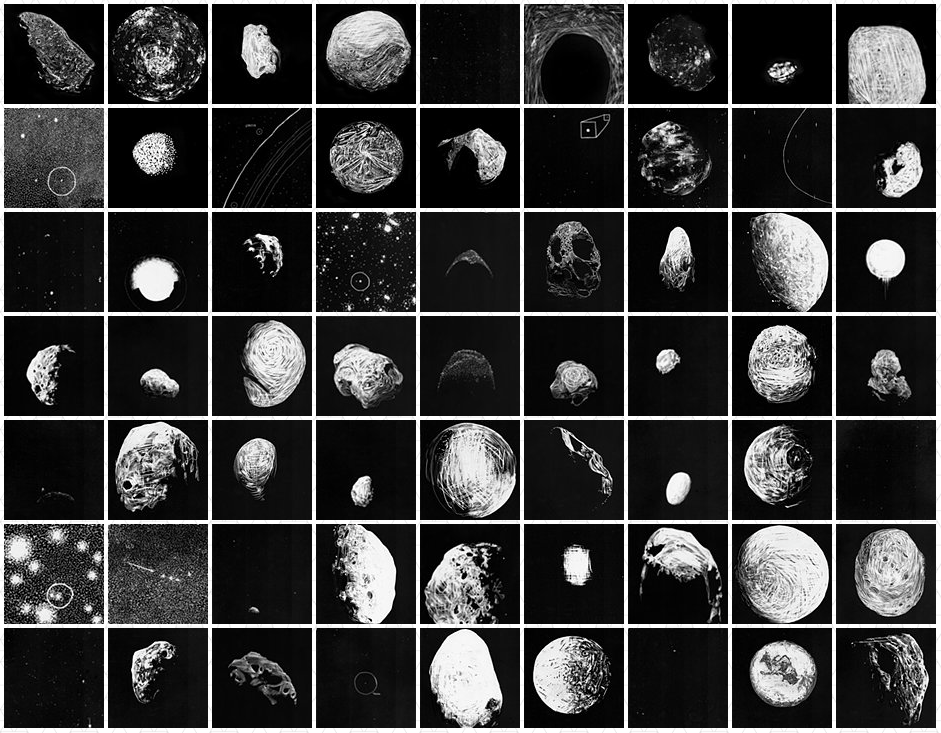 One  night  on  the  other  side  of  the  world  in  a  strange  and pulsing concrete jungle, I realized that I had not seen the moon in months. The buildings and lights had blocked my view of the night sky. When I found her again, there was such a profound sense  of  both  grounding  and  expansion  that  this  muse  of  all muses  became  my  own. MoOning.Scratch  is  born  of  this impulse, and explores intersections of mythology, science, and the  artist’s  touch.  There  is  not  one  moon,  but  many  –  each cycling   through   space   with   its   own   individual   tilt and gravitational  pressures.  Each  planetary  satellite  has  stories associated with its name and discovery; many are called after Greek Goddesses, some for Inuit spectors, and still others carry monikers   associated   with   legendary   adventure   stories   or Shakespearean tales. I have visited each named moon of our solar  system  –  following  an  intuitive  path  through google, wikipedia, and my own interpretation of what has been found.

MoOning.Scratch  is  a  drawing  for  each  of  the  146  named moons of our solar system. I chose scratchboard as the medium due  to  its  tactile  qualities,  contrast,  and  layers.  Each  panel  is coated  in  a  layer  of  chalk  and  then  india  ink  which  is  then scratched into with a stylus. Many of the obscure moons have never  been  photographed;  in  these  cases  I  used  images  of asteroids, diagrams, or space to represent the unseen satellites. It was important that the artist’s hand be present – and for the mark-marking  and  methodology  to  reflect  upon  technical labor  and  the  potential  for  slippage  present  in  systems  of knowledge.